The project was postponed due to the corona situation. I hope to realize the project in the fall of 2020.

The advent of the financial crisis caused economists, politicians and citizens to question
the legitimacy of a debt-based money system and highlighted the need to reassess our
beliefs about the nature of money and the workings of the banking sector.
Today, with the Covid-19 situation, the need to understand and rethink money, the
money-creation process, value, finance and banking seems more important than ever.
The way money is created and circulated is not a law of nature. The money system is a
human construction, which can be changed at any time if there is democratic support for
it.

The project runs in 3 tracks that are merged.
– Production of magic wands
– Money speculation
– Salon

Through a performative exhibition, an information salon and a lectures series, I am aiming
to ask questions, spread knowledge and transform our current paradigms on value and
money.

Production of magic wands
is a performative exhibition where I will build magic wands through rituals, based on
shamanic principles.
Furthermore I will spread knowledge, thoughts, philosophy and reflections about money
and value in the alternative networks of water and oyster mushrooms. I do this is by
Studying the online course “Economics of Money and Banking” at Columbia University
together with 25 litres of water and an small in-house oyster mushroom farm.
The water, the mushrooms and I will earn a degree together.
The oyster Mushrooms will also get the book “The mushroom at the end of the world”
read aloud.
Water understands human language. The water will in offerings be sent to the sky and the
ground.
The oyster mushrooms will be planted in Ekebergparken and by Norges bank.
Both water and mushrooms will spread knowledge and drive our consciousness towards a
paradigm shift in the understanding of value, economics, banking and finance.
Why is it that our monetary system and value perception are as it is?
What will it take to transform and replace the monetary system with a sensible and
sustainable one?
Why is it easier to imagine the end of human kind than the end of capitalism? 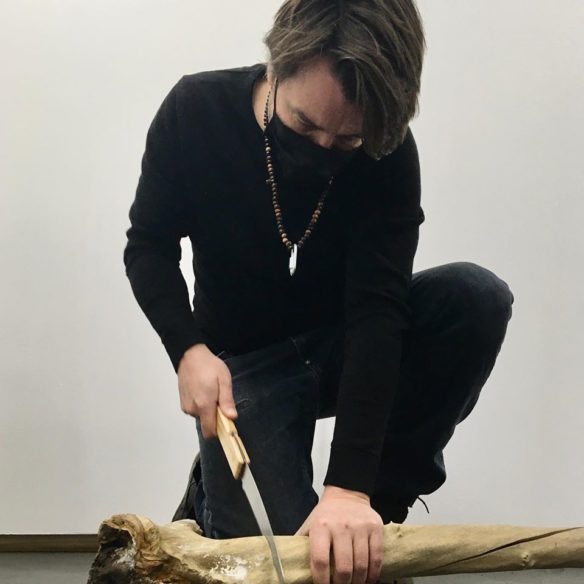 Money speculation
is a lecture series on KCAC that addresses money creation, value creation, alternative
currencies, economy, speculation, etc.
The word “money speculation” points both towards economic philosophy and financial speculation.
The lectures are arranged in collaboration with Open forum and Rethinking Economics
Norway.
Rethinking Economics is an international network of students, academics and
professionals building a better economics in society and the classroom.
Open Forum is a lecture series at KCAC under the auspices of the Art Academy..
To make a make a room where artists, art students, student of economics and finance
interested can meet, reflect, and discuss value, money, paradigms, banking and the
current monetary system is to me creating value. It is two scenes that does not intertwine
enough.
Before we had to cancel/postpone the project we had one talk with Johanne Aarup
Hansen talking both about her work dealing with design of monetary systems and her
political work. 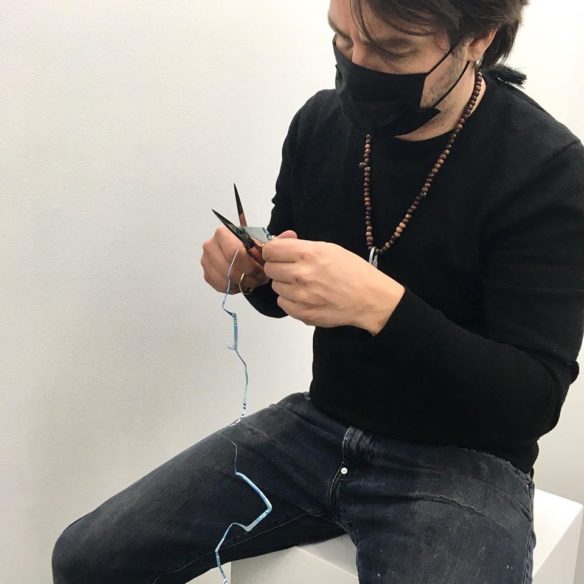 Salon
is together with the exhibition, KCAC being open throughout the day with a public
information attitude. Books, films and other material will be accessible along with tea,
coffee, tenderness, dialogue and artmoney.
Money appears as one of the most specific and yet at the same time perhaps the most
abstract phenomena we surround ourselves with in our daily lives. Today, money has
changed shape from cash to digital money, not as a result of a catastrophe, a
governmental intervention or a democratic decision, but rather as a result of a gradual
technological and political development.
About 5 percent of the total money stock is today made up of cash, that is produced by
the Central Bank. The remaining stock of money, that is about 95 percent, is not created
by the Central Bank, however, but by the private banks. Digital money is created when a
bank gives a loan to its customer, and money appears on their bank account. This kind of
money is only visible as numbers on a screen.
The majority of money in the modern economy is created by commercial banks extending
loans.
https://internationalmoneyreform.org/ is a global movement that challenges the current
money system. The aim is money creation free of debt by a public institution in the public
interest.

We need the spirits of water and oyster mushrooms to work for that as well!